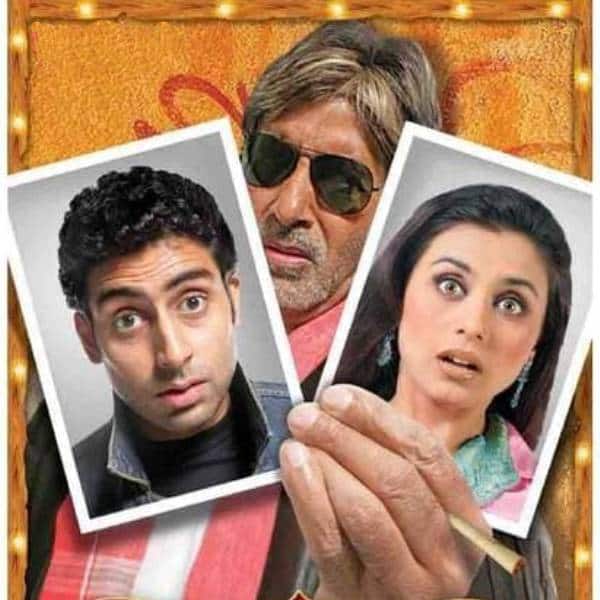 The season of sequels is upon us and joining the bandwagon is Amitabh, Abhishek Bachchan and Rani Mukerji. According to a report in Deccan Chronicle, the gang is reuniting for a sequel to their 2005 release, Bunty aur Babli. The film will be titled Bunty aur Babli Again and things have progressed so quickly for the project that the shoot is scheduled to begin next month.

Repost from @filmfare ❤ According to reports, @bachchan and #RaniMukerji will be reuniting on screen with the sequel of #BuntyAurBabli. Ayoo siapa yang nggak sabar ini jadi kenyataan ? ?

A source quoted by the daily spilled the beans on the cast and shooting details, “The sets will be constructed in the first week of June in Mumbai. The filmmakers have roped in the original cast and they will start shooting from next month.” A sequel to the crime comedy was reportedly in the works since long but things have materialised only now.

Reel life couple ??❤ I miss them so freaking much!! @yrf @bachchan

Currently, Rani Mukerji is busy shooting for Mardaani 2 in Kota, Rajasthan. After busting a child trafficking racket in the first part, the sequel will see Rani reprising in the role of the fearless and committed Superintendent of Police, Shivani Shivaji Roy. This time around, Rani will have a face-off with a merciless villain, who will be just 21-year old. As the fierce cop Shivani, Rani will be locked in a vicious battle with the antagonist who knows no mercy. Produced by Aditya Chopra, this will be Rani’s next release after the blockbuster Hichki. Mardaani 2 marks the directorial debut of Gopi Puthran, the writer of the first part of this cop drama.

Abhishek Bachchan, on the other hand, has been shooting for Anurag Basu’s next untitled film. The project is an action comedy and also features Rajkummar Rao, Aditya Roy Kapur, Sanya Malhotra, Pankaj Tripathi and Fatima Sana Shaikh. The multi-starrer is said to hit the screens on February 21, 2020.