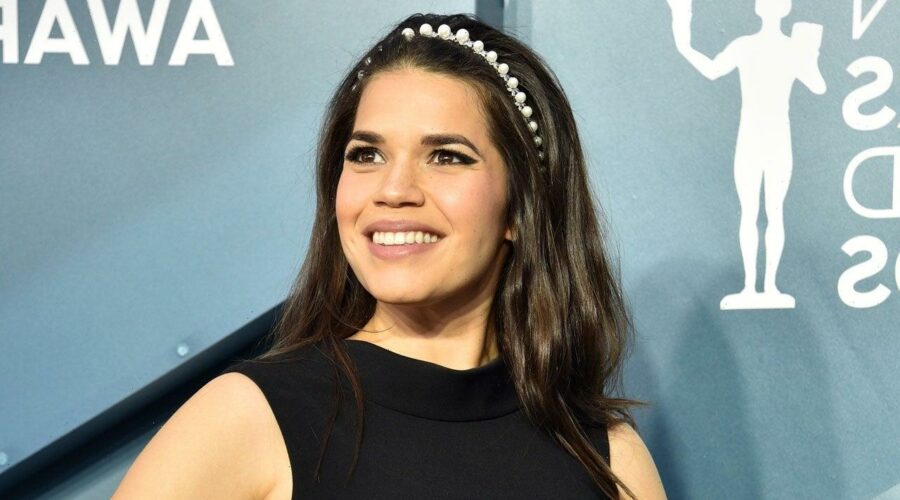 The 37-year-old star reflected on her career in Hollywood, celebrating 20 years since her “first day as a working actress.” Ferrera posted a handful of photos from her Disney Channel movie, Gotta Kick It Up!, along with an inspiring message.

“20 years ago today was my first day as a working actress . My mind was blown that my dream was becoming a reality. I was being PAID  to act and dance in a Disney Channel Movie called Gotta Kick It Up!” she wrote on Friday. “I couldn’t believe I was rehearsing with real dancers and choreographers, that all the snacks were free, and that my wardrobe fitting was on the famous Warner Brothers lot where I spotted George Clooney playing basketball and Brad Pitt and Jennifer Aniston hanging out in the door of his trailer!!”

She added that she “soaked up every moment of being on that set” with her four co-stars, “because the truth was I had no idea if I’d ever get the chance to do it again.”

Ferrera wrote that she wishes she could go back and tell “little baby America” that “the next 20 years of her life will be filled with unbelievable opportunity to express her talent and plenty of challenges that will allow her to grow into a person, actress, producer, director, activist that she is very proud and grateful to be.”

Gotta Kick It Up! was released on July 26, 2002. It was based on a true story of group of middle school Latinas who overcame societal obstacles through their dance team.

Ferrera, who first broke out in Real Women Have Curves, went on to star in films like The Sisterhood of the Traveling Pants, How the Garcia Girls Spent Their Summer and How to Train Your Dragon. In 2006, she landed her most pivotal role as Betty Suarez in Ugly Betty.

At the age of 23, she won her first Golden Globe, Screen Actors Guild Award and Emmy for her role in the series — becoming the first and only Latina to win an Emmy for Best Actress.

“I didn’t get a lot of the jobs people were willing to see me for. The gang-banger’s girlfriend, the sassy shoplifter, pregnant chola number two, these were the kinds of roles that existed for someone like me. Someone they looked at and saw as too brown, too fat, too poor, too unsophisticated,” said Ferrera during a TEDTalk in 2019. “These roles were stereotypes and couldn’t have been further from my own reality or from the roles I dreamt of playing.”

“I wanted to play people who were complex and multidimensional, people who existed in the center of their own lives. Not cardboard cutouts that stood in the background of someone else’s,” she added.

Over the years, the Superstore star has used her voice to advocate for women’s rights, immigrant reform and equality for all. In August 2020, she and Eva Longoria, along with other female leaders, launched She Se Puede, a digital platform that inspires, affirms and informs Latinas on how to leverage their power in a way that transforms their lives, families and community.

For more on Ferrera, watch below.