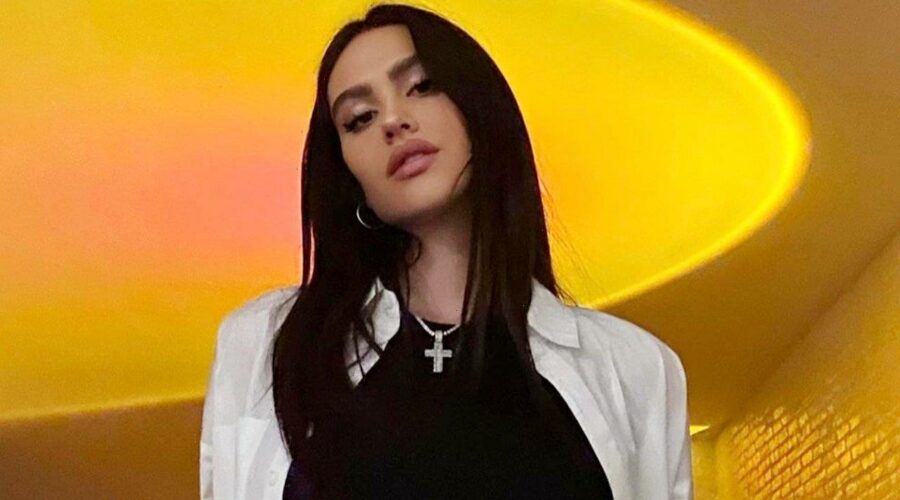 The daughter of Lisa Rinna describes 2021 as the year of ‘dreams coming true’ after she lost her ‘sense of self’ in a reflecting post she shares on her social media platform.

AceShowbiz –Amelia Hamlin is looking back at 2021. Taking to her social media page to reflect on the ups and downs she experienced this year, the daughter of Lisa Rinna revealed that she lost her “sense of self” completely.

Making use of her Instagram account on Tuesday, December 21, the 20-year-old model shared a series of photos that saw her living her best life throughout the year. In the caption, she wrote, “2021… the year of the bleached brow & dreams coming true… the year that i completely lost my sense of self.”

However, Amelia later noted that she didn’t know she “would reclaim it even more authentically.” The daughter of “The Real Housewives of Beverly Hills” star continued, “The year that i went to new york and never left.” She then concluded her message by thanking those who helped her to make her dreams come true, “Thank u 2021 … thank you to everyone that made my dreams come true.. u know who u r!!! I LOVE U!!!!!” adding a slew of heart and smiling face with hearts emojis.

In her post, Amelia included photos of New York Fashion Week show fittings, getting her eyebrows bleached to walk a London runway and a short video of her running through the streets at night with a smile on her face. She apparently gained those achievements as a result of her personal development following her breakup with Scott Disick.

Amelia was reported to go separate ways with Scott in September after his Instagram DM drama involving Kourtney Kardashian. “They had a lot of fun together but it was never going to be a long term relationship,” a source told E! News. At the time, Amelia reportedly “is done with Scott.”

It was also said that Amelia “wants to be strong and to move on. She had had enough and it was time. Her friends are all rallying around her and supporting her through this. Everyone knows she deserves better. She knows it too.” Following the breakup, Scott unfollowed Amelia on Instagram since she allegedly refused to rekindle their romance.

Then in October, Amelia reportedly flirted with “lots of guys” at a Paris Fashion Week party. A source told Page Six that she “looked ready to date again.” Offering more details, the insider said that “she was hanging with a group of girlfriends and flirting with lots of guys.”