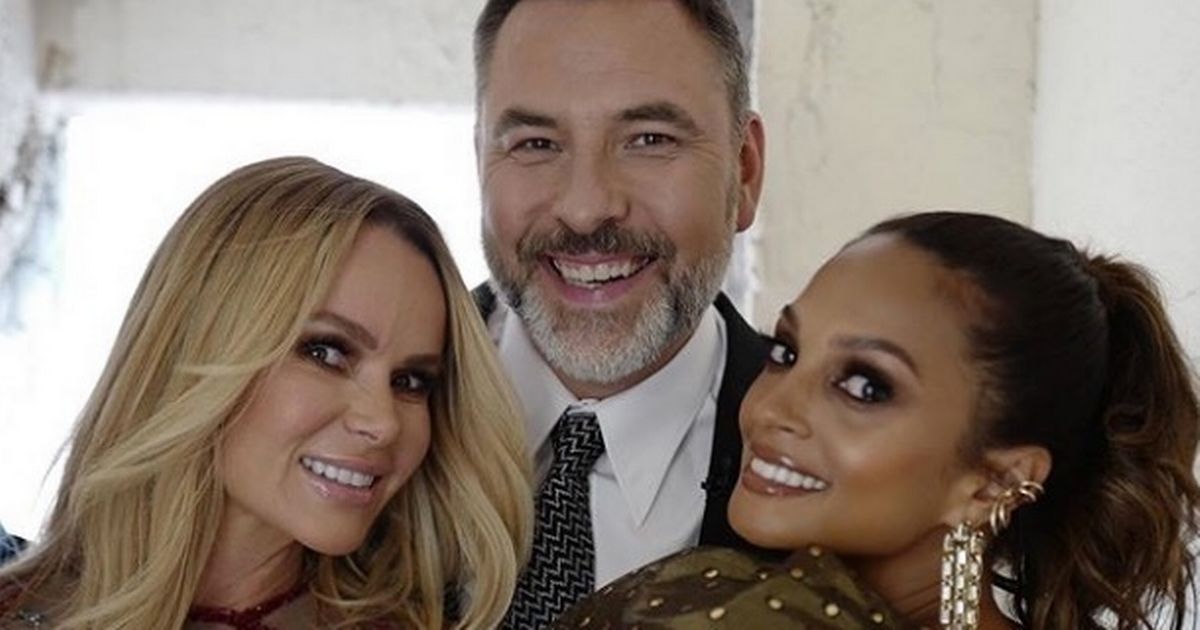 Amanda Holden sparked a mixed reaction as she stepped out in an ultra-revealing see-through gown for the first Britain's Got Talent live final of 2019.

The mesh number left very little to the imagination with only a string of strategically placed red and silver sequins covering Amanda's modesty.

Viewers at home were quick to comment on her daring ensemble.

"Cue Amanda Holden wearing less & less as the week goes on," quipped one on Twitter .

While another complimented: "Amanda Holden looks bloody stunning tonight! I am obsessed with her look."

Though Amanda's racy gown though was upstaged by her co-judge Alesha Dixon announcing she is expecting her second baby.

The 40-year-old singer, who has five-year-old daughter, Azura, with partner Azuka Ononye, was glowing as she stood up to reveal her bump in a black mini dress.

It's not the first time Amanda has set tongues-wagging with her own wardrobe choices on the family show.

Back in 2017, Amanda sparked hundreds of complaints to OFCOM by stepping out on the live show in a black sequined gown that featured a plunging neckline.

It went on to become the third most complained about moment on British TV.

Speaking about the incident this year, remorse-free Amanda just laughed: "That dress was hysterical – it was Julien Macdonald.

"I had bits of fish wire underneath my breasts trying to hold that together. But, look, I'm from a small-chest family, plus you know I'm 48 years old. It's all quite laughable, but all everyone seems to talk about."

Amanda added to the  Sun  that fellow judge Alesha Dixon's boobs "are much better than mine – talk about hers!"

There had been reports that the stylist who put her in that dress had been sacked, but Amanda insisted this wasn't true.

"It's been called another national ­crisis – but, oh no, I will not be covered up," she said.

*Britain's Got Talent  live semi-finals air every night this week at 7:30pm on ITV