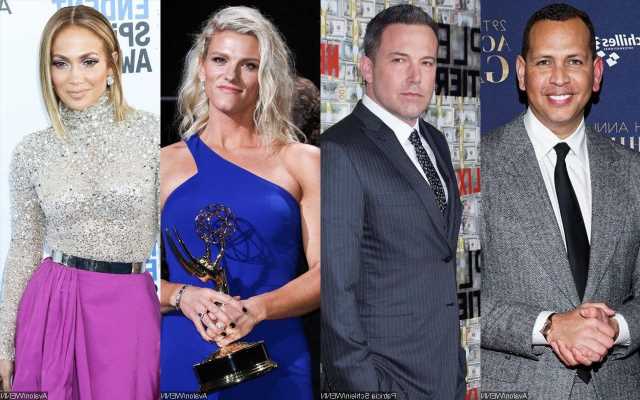 The former professional baseball shortstop is reportedly in a relationship with the ‘Saturday Night Live’ producer months after he attended her intimate birthday party in The Hamptons.

AceShowbiz –Alex Rodriguez apparently has found a new partner. If a new report is to be believed, the former professional baseball shortstop is currently in a relationship with Lindsay Shookus, who is none other than the ex-girlfriend of Jennifer Lopez‘s current boyfriend Ben Affleck.

A source spilled to Deuxmoi that the retired MLB athlete is now “definitely with” the “Saturday Night Live” producer. The insider went on to stress that the pair are “very much a thing.”

The source also referenced Alex and Lindsay’s “blip” they made back in June when they were “spotted as friends” at her intimate backyard birthday party in The Hamptons. The informant claimed that the pair had become romantic over the past “six months.”

In a clip from the birthday bash obtained by Page Six at the time, Alex was seated right beside Lindsay as Josh Beckerman a.k.a. Foodie Magician performed a magic routine. Also present at the party was Alex’s business partner Marc Lore.

For the special event, Lindsay was seen donning a black halter top and a black and white patterned skirt. Meanwhile, Alex, who seemed to be distracted by his phone in photos circulating online, rocked a summer-friendly all-white look. After the party, it’s reported that Alex “was at her house for an hour.”

Alex’s hangout with Lindsay immediately sounded alarm bells for fans, many of whom were left wondering whether the ex-Yankee and the “Batman v Superman: Dawn of Justice” actor had simply swapped exes. At the time, however, Alex’s rep insisted that “there is absolutely zero there” because he and Lindsay had “been friends for 15 years. There is nothing there at all.”

Lindsay and Ben famously dated on and off for two years from 2017 to 2019. As for Alex, he was dumped by J.Lo in March following rumors he had cheated on her with “Southern Charm” star Madison LeCroy. Weeks later, the “On the Floor” songstress was seen on vacation in Montana with Ben and the two have been inseparable ever since.

Ben, who recently caught heat for seemingly blaming his alcoholism on his ex-wife Jennifer Garner, and J.Lo confirmed their romance in July when they celebrated the “Love Don’t Cost a Thing” hitmaker’s 52nd birthday. In one photo the “Hustlers” actress posted on her Instagram page, she could be seen passionately kissing her beau as they commemorated the special day in St. Tropez.