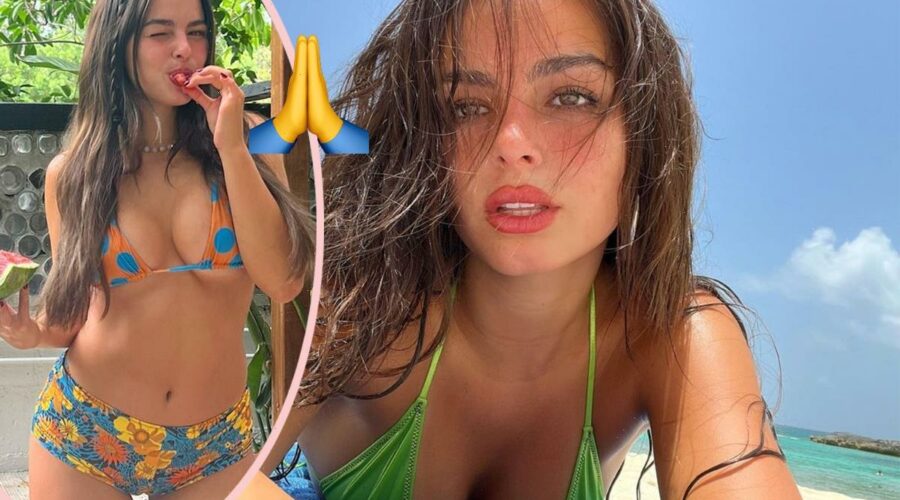 Looks like Addison Rae is trying to stay in the good graces of her more grace-minded fans.

The TikTok star got some unexpected backlash this week after sharing a pic on Tuesday in which she posed all sexy-like in a bikini that had, well, maybe a touch of blasphemy about it? LOLz! At least, a contingent of followers thought so!

See, the two-piece from Adidas and Praying is called the Holy Trinity and features the words “Father” and “Son” — one on each boob — with of course, the “Holy Spirit” down below. Take a look:

And here’s how Addison looked rocking the sacrilegious swimwear:

The reaction from the 21-year-old’s more religious demographic was swift and severe!

Her IG was flooded with compliments from some of her famous friends — but from the holy hoi polloi the comments ran quite a bit colder. For instance:

“Is nobody gonna talk about this disrespecting religions”

“Nah this disrespectful to Jesus. Sad what y’all do for money”

“This is not okay! BLASPHEMY!”

“All I’m going to say is—these people are going to learn the hard way not to play with GOD. Just wait and watch.”

The backlash was apparently enough to scare Addison — who isn’t having the best time lately already — to just delete the whole darn thing.

There were, however, plenty of supporters for her ad after the fact, writing:

“christians are so annoying they will call people snowflakes for wanting basic human rights or talking about genuine issues and then try and cancel addison rae for the praying bikini. they need a reality check”

“the way everyone is so angry at addison rae’s adidas collab has me rollingggg like she doesn’t owe a disrespectful religion respect…and even then it’s just a bikini it’s such a first world problem, don’t y’all have other stuff to worry ab”

Funny enough, Addison is far from the first to sport the bikini. Just last week Christina Aguilera posted a video in which she lounged in the French version — and got ZERO backlash that we could find!

What do YOU think of the Holy Trinity bikini? Was Addison right to kowtow to her Christian fans and delete the pic??

08/05/2022 Celebrity Comments Off on Addison Rae Deleted THIS Bikini Pic After Outcry From Religious Fans!
India