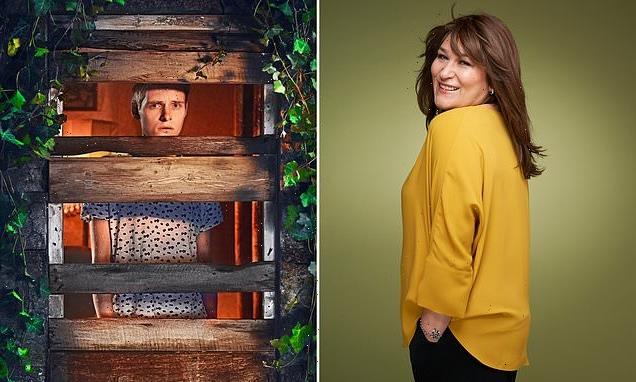 SARAH VINE’s My TV WEEK: A magical study of madness …and so much more

It’s been a long time since a show has gripped me as tightly as Somewhere Boy. I pretty much watched all eight half-hour episodes in one sitting, punctuated by the occasional dog walk to revive my flagging circulation.

Four hours of mesmerising drama, the kind you can really lose yourself in.

There was a surreal, magical quality to this story of a young boy kept captive for 18 years by his mentally ill father – and yet the fact that the characters and settings were so ordinary made it thoroughly believable. It was, in a way, a brilliant study of how madness exists in the most mundane of places, how a tortured mind can manifest itself anywhere. 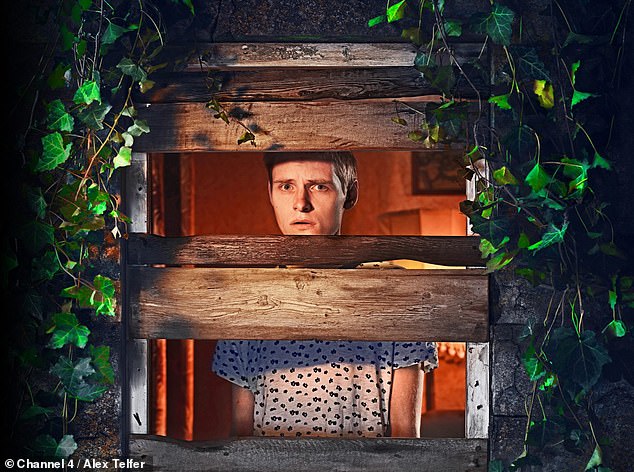 Lewis Gribben (pictured) stars in the Channel 4 series Somewhere Boy. The premise is based on a man destroyed by grief

But it was also about so much more: father/son relationships, grief, families, friendships, young love – just life, and the way none of it ever quite goes to plan but how, ultimately, there’s always a way through.

That was one of the aspects I loved most about this. The basic premise was heartbreaking, really, beyond sad: a man destroyed by grief, inflicting unimaginable damage on an innocent young child – and yet despite all that there’s a real sense of hope.

I don’t quite know how the writer – Pete Jackson – pulled that one off, but he definitely succeeded.

And that’s the beauty of Somewhere Boy: the whole thing is so nuanced, so elegant and subtle – and yet wholly unpretentious. Jackson is not just a class act – he’s in a class of his own.

Not bad for a recovering alcoholic who only took up writing as a way of staying on the wagon. 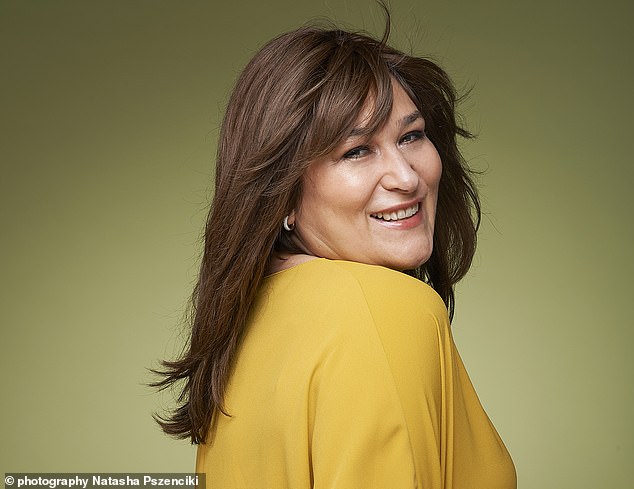 The acting is superb too. Lewis Gribben, who plays the boy Danny (well, man: he’s 18 by the time he breaks free from his father), reminds me of a young Ewan McGregor in Trainspotting.

He has that same kind of intensity, that mixture of vulnerability and menace, that sense that he could at any point go either way. There’s an alien quality to him too, a certain otherworldly air that feeds into his character’s storyline.

His counterpart, Samuel Bottomley, who plays Danny’s cousin Aaron, is also brilliant. The dynamic between the two is a crucial part of what holds the attention of the viewer, the contrast between the life of a ‘normal’ teenager and Danny’s strange existence is so striking.

His teenage crush is a silent movie star of the 1920s. He lives in a bubble of old-fashioned innocence.

There are times when you find yourself wondering which one of them is actually worse off. Which is, of course, partly the point.

Because what parent, like Danny’s father, hasn’t tried to protect their children from the ‘monsters’ of the modern age?

Don’t we all, to an extent, wish we could lock our little ones away from the dangers of life? Isn’t that little bit of madness there in all of us?

Honestly, drama this intelligent rarely makes it to the small screen these days. One not to miss.

All episodes of Somewhere Boy are available to stream on ALL4 now.

TRYING A BIT TOO HARD TO BE WEIRD

THE HOUSE ACROSS THE STREET 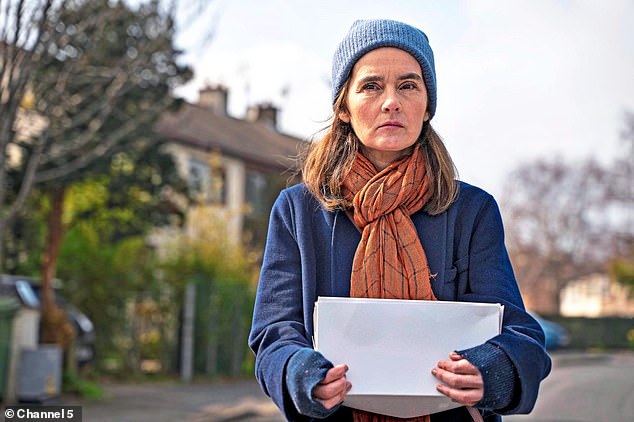 Shirley Henderson (pictured) stars as Claudia, a school nurse living alone with her teenage son in a grim cul-de-sac, in The House Across The Street

As someone who likes weird and dark things, I was looking forward to this. But it didn’t do it for me, perhaps because it was trying a bit too hard to be weird and dark.

Shirley Henderson stars as Claudia, a school nurse living alone with her teenage son in a grim cul-de-sac. Recovering from breast cancer, her husband has left her for a woman who is ostentatiously fertile and healthy.

Claudia is lonely and damaged. Her son keeps asking to move in with his dad.

When a neighbour’s child goes missing, Claudia finds a strange delight in helping the grieving parents. Soon her helpfulness turns to obsession, and before you know it she’s sneaking round the missing girl’s bedroom, rifling through her things.

Henderson is perfectly cast: her strange, childlike face and bird-like body make her inherently spooky. She does lots of weird, offbeat things for no apparent reason, which adds to the sense of foreboding.

If I were her son I’d probably want to go and live with my dad. Especially since her neighbour has a shed full of spooky dolls.

It’s about as subtle as a sledgehammer – which wouldn’t matter were it not trying so hard to be all dark and mysterious. 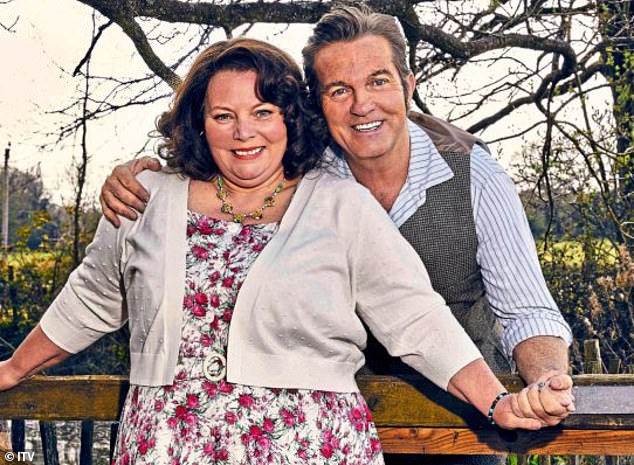 The second season of revamped classic The Larkins (Sun, ITV) started true to form, as joyously hammy and over the top as ever. Groundbreaking it is not, but it’s still immensely enjoyable, in that way that slightly silly nostalgic sitcoms about people and worlds that probably never existed are.

Lydia Page is adorable as Primrose Larkin, while Bradley Walsh plays Pop as a cross between Arthur Daley and a London cabbie with Joanna Scanlan keeping the show on the road – in every sense – as Ma.

Theirs is a simple world: the countryside is pretty, the dresses are flowery and there’s a handsome new vicar for Primrose to fall in love with. The televisual equivalent of a cream tea.